Layla is the first hero you meet when you start playing Mobile Legends. She is the hero you complete the tutorials with and gives you your first taste of gameplay.

Layla is a good marksman and can be a formidable hero with the right skill build and emblems. She has significant burst damage and a long-range. She lacks blink and crowd control (CC) abilities, but choosing the right skills for her can minimize these shortcomings.

There are three main builds for Layla. Each has its focus area and gives Layla different perks. Choosing which one will work best for you depends on your gaming style so try them to see which fits you. 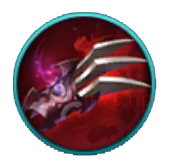 This build focuses on attack power and will give you the most potent attack and attack speed that Layla can achieve. Making Layla’s attack damage extremely formidable, especially in the later game. Here are the items needed for this build: 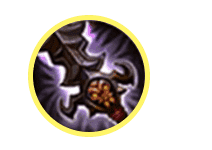 This build focuses on juggling and farming, which means you can gain experience and gold much faster. Which will help you build your skills more quickly as well. Here are the items needed for this build:

As you can see, there are a few ways that you can build Layla’s skills to get a powerful and fierce hero. Why not try these builds for yourself and see what we mean.

If you enjoy playing Mobile Legends, you should also try League of Legends and Arena of Valor.